During these conversations, the two generals also discussed issues related to regional defense and security 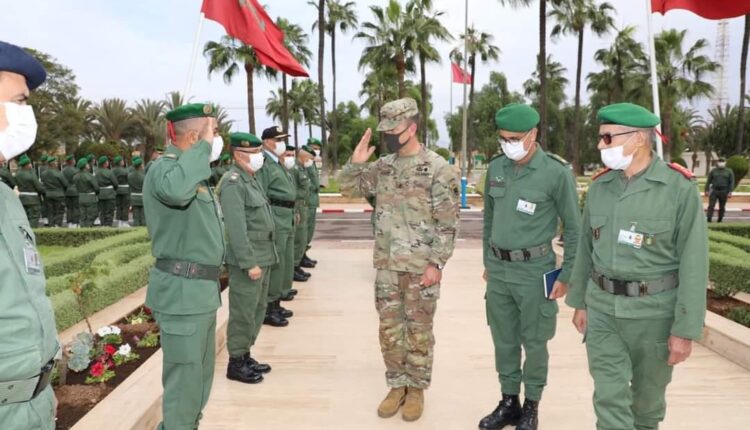 General Andrew Rohling, Deputy Commander of the US Army in Europe and Africa, and Army Corps General Elfarouk Belkheir, commander of the Royal Armed forces southern region, discussed today, Thursday, in Agadir the continent’s largest military training exercise “African Lion 21” preparations planned for next year, which will take place in the context of uncertainty due to Covid-19 pandemic.

A communiqué released by the South European-African military Force (SETAF) mentioned the generals had agreed that the “African Lion” exercise, scheduled for next June, “represents an opportunity to highlight a strong and sustained strategic partnership between the US and Morocco, despite the two countries’ confrontation with Covid-19”

“I was pleased to have met General Elfarouk personally for the first time,” the communiqué referred General Rohling as saying, praising General Elfarouk’s prominence, personality, and understanding of the strategic environment.

General Rohling also declared “We clearly understand the importance of protecting our troops – American, Moroccan, and other forces that may participate – from the pandemic,” stating that the current pandemic situation will be taken into consideration as part of preparing for the training.

The same source added that during these conversations, the two generals also discussed issues related to regional defense and security, as well as issues of troop numbers and challenges related to COVID-19.