New Lab For Scientific And Technical Police, The Largest In Africa

The laboratory is run by a number of skilled professionals, including 74 young graduates in the fields of genetics, physics and chemistry. 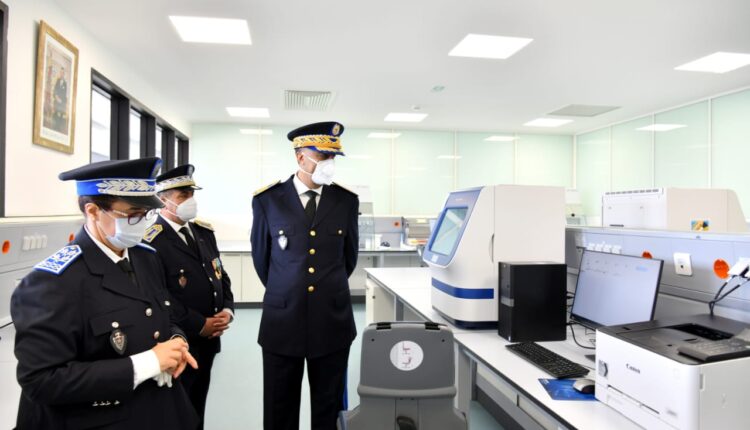 The National Laboratory of the Scientific and Technical Police of Casablanca, inaugurated by the Director General of National Security and Director General of Territorial Surveillance, Abdellatif Hammouchi, constitutes an important scientific building for supporting developments in crime both nationally and internationally. It is also a new milestone that adds to other initiatives led by Morocco for the consecration of the principles of human rights and fair trials based on irrefutable scientific evidence.

According to MAP, The director of the laboratory, Divisional Commissioner, Hakima Yahya, indicated, on this occasion, that the development of the mechanisms of action of the laboratory, which covers an area of ​​8,600 m2, is part of a DGSN strategy aimed at modernizing all its establishments so as to keep pace with changes and developments in the world of crime.

This scientific building includes 5 technical platforms, in addition to a division dedicated to DNA and hereditary fingerprinting, she explained, adding that it has been equipped with very sophisticated equipment, the first of its kind in Africa in terms of DNA verification.

The technological equipment of the laboratory aims to support technical and scientific developments in the field of detection of traces of crime allowing a meticulous processing in a short time of samples of elements from crime scenes, or 300 samples within less than 3 hours.

The laboratory is also equipped with another new-generation mechanism, dedicated to genetic expertise allowing the processing of 20 thousand units of DNA in a single category to determine the geographical affiliation of individuals prosecuted in criminal cases and the characteristics of each (hair and eye colors), in addition to determining the identity of disaster victims, continued the official.

Yahya said that Morocco is the third country in the Arab world to adopt this well-developed mechanism in the detection of traces of crime, after the United Arab Emirates and Qatar. The laboratory has adhered to a new approach based on the consecration of the principle of quality during the last years, for the strengthening of its role in the contribution to the fight against crime, in all its forms, namely organized crime and terrorism, besides other different types of crimes.

To cope with the Covid-19 pandemic, the laboratory has been equipped with a diagnostic unit for cases of contamination with the virus for the benefit of DGSN officials, as well as the acquisition of modern equipment to fight crimes involving all kinds of forgery, thanks to a database of more than 2000 comparison models, including passports, visas, foreign and national currencies and identity documents.

In this context, Yahya noted that the laboratory is adopting new technical mechanisms to determine the nature of the ink used in forged documents, as well as others to enlarge the size of the processed elements by more than 300 thousand times their real dimension.

According to the official, the new mechanisms adopted will make it possible to largely determine the organic and inorganic components of the elements subject to treatment, through a series of applications involving 400,000 samples, in order to contribute to the fight against crimes, firearms and explosives, drug trafficking, and products used in cases of poisoning.

The construction of the new laboratory headquarters, which is four times larger than the temporary headquarters (2600 m2), took into account the most important international standards of ISO 17025 which specifies the general requirements concerning the competence of the laboratories of calibrations and testing, Yahya said.

To strengthen security conditions, the passageway of personnel working in the laboratory has been separated from that of arriving samples in order to properly control and master scientific and technical information. The laboratory is run by a number of skilled professionals, including 74 young graduates in the fields of genetics, physics and chemistry.

The CCME launches a series of training conferences on the…

‘One of Most Thrilling’ moments after Discovery of Ancient…