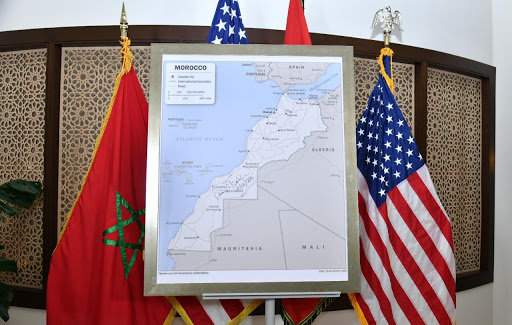 The US State Department published on Monday the document of the joint declaration between the United States of America, the Kingdom of Morocco and Israel, which bears the official number (20-1222). 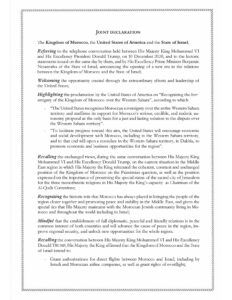 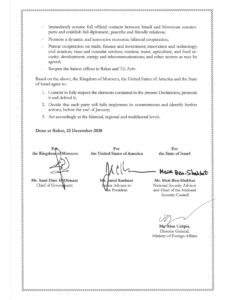 The publication of this tripartite declaration on the State Department website confirms that the United States of America is a state of institutions and fulfills its obligations.

It is further emphasized that the US recognition of Morocco’ sovereignty over the entire territory of the Sahara is a decision issued by the highest constitutional authority in the country and that the current administration is committed to it and seeks to fully implement its provisions.

In the same context, the American “Axios” website had reported that US Secretary of State Anthony J. Blinken had informed his Moroccan Foreign Minister Nasser Bourita during a previous phone call that Biden’s administration does not intend to withdraw the US recognition of “Moroccan Sahara”.

According to the website, Biden’s Middle East advisor, Brett McGurk, spoke with Bourita, and “gave the impression that there would be no change in the U.S. policy” regarding Moroccan Sahara.

It is noteworthy that last December, the administration of former US President Donald Trump recognized Morocco’ sovereignty over the Sahara and promised to open a consulate in Dakhla.