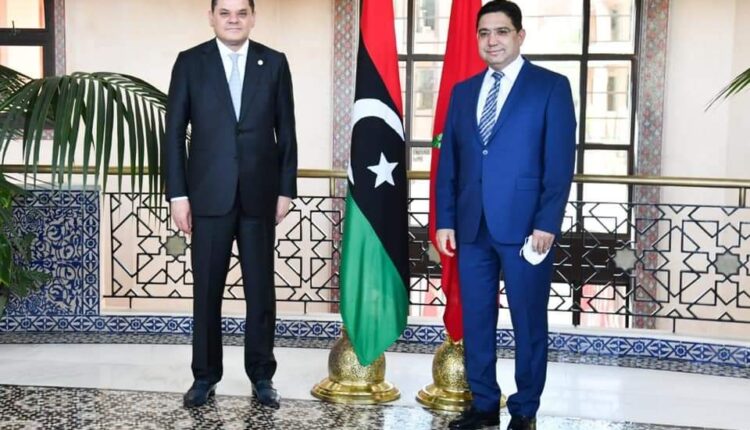 The head of the interim Libyan government, Abdel Hamid Dabaiba, praised, this Sunday in Rabat, the efforts made by the Kingdom of Morocco to achieve stability in his country.

In a press statement made after he conversed with the Minister of Foreign Affairs, African Cooperation and Moroccan Expatriates, Nasser Bourita, Mr. Dabaiba said that his visit to Morocco is a gesture to show “profound gratitude to His Majesty King Mohammed VI for the efforts made to unify Libyan institutions, stabilize Libya politically, and spread peace and security.”

Another reason behind this visit stems from a desire to establish a better communication and strengthen the partnership existing between the two countries, in all fields, in order to preserve best the interests of the two brotherly nations.

On this subject, The Head of the Libyan Interim Government highlighted that “(we) look forward to the convention of the joint committee for consular affairs that was agreed upon between the two countries’ foreign ministers during their last meeting in Rabat, which will contribute to facilitating the granting of visas, studying and taking residence in the two countries.”

Mr. Dabaiba pointed that the 9th meeting of the Moroccan-Libyan Joint High Committee is expected to be held in Morocco.

Moreover, the head of the Libyan interim government stressed the need to re-establish the Arab Maghreb Union, which would tremendously help overcome all challenges in the region.