Venezuela and Algeria, the instigators of atrocious crimes against their people, giving Morocco lessons on human rights 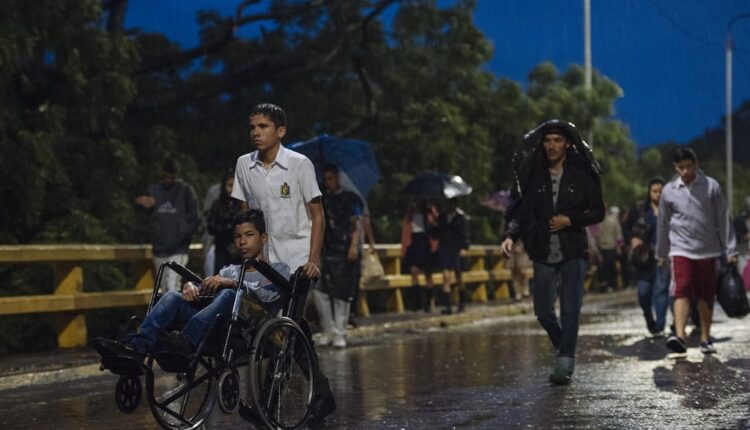 It is a quite absurd that some countries known for violating basic human rights feel the need to criticize Morocco… this country that has been able to spread equity, freedom and grant people their dignity.

The United Nations Human Rights Council, a system that seeks to enhance the protection and promotion of human rights in their noble and universal sense, began the work of its session on June 21st of 2021. A meeting where Morocco started facing hostility from a number of countries.

It’s important to note that these countries have an unfavorable record of human rights violations against their citizens, and are regularly condemned by United Nations authorities and international organizations specialized in this field.

A prime example would be Venezuela. A country ruled by tyrants who starve their people, use repression and systematic violations of the most basic rights of its citizens. It is the subject of an investigation by the “Independent International Fact-Finding Mission” since September of 2019. The delegation condemned the heinous crimes and supported the thousands of victims on their quest for justice.

Another would be Namibia. It has been charged with the accusations of discrimination against women and children, police violence and appalling detention conditions which are serious human rights breaches.

As for Algeria, it’s worth noting that the High Commissioner for Human Rights cautioned it during the oral report to the Council, as a country suffering from human rights violations. Furthermore, High Commissioner Michelle Bachelet reiterated the same concerns she raised before the Council on February of 2021 regarding the documentation of human rights violations in Algeria.

It is notable, from the record of these countries that Morocco’s record cannot, in any way, compare to theirs… a conclusion so evident since Morocco has been able to turn into a leading country, at the African level, that the judiciary deals with when any issue regarding transgressions of human rights is raised. In fact, strict judicial measures are taken such as imprisonment.

Moreover, Morocco has worked for decades at enforcing not only the basic rights of citizens, but also developing a newer generation of said rights. The “Corona” pandemic clearly exhibits the reality of the Moroccan state’s treatment of its citizens, a feat that many countries struggled to achieve.

The CCME launches a series of training conferences on the…

‘One of Most Thrilling’ moments after Discovery of Ancient…