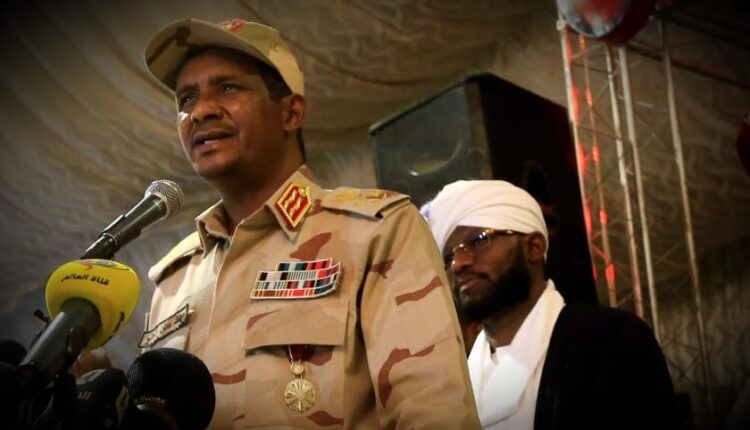 Sudan’s most powerful paramilitary force, the Rapid Support Forces (RSF) was formed for a specific purpose during Omar Bashir’s authoritarian rule, the latest roadblock in Sudan’s transition to civilian rule after three decades under ousted strongman, but now that he is fallen down, it should be part of a unified army.
The force was formed in 2013 to combat Sudanese armed rebel groups and later to protect the borders, and to maintain order in the country under the command of the National Intelligence and Security Service (NISS).
According to an RSF report examined by Morocco Telegraph, recorded the efforts RSF is doing to combat illegal migration as per its strategic goals, the RSF is aimed at preventing illegal migration and preventing human trafficking as a challenge to Sudan’s social peace and security and taking full responsibility for the issue in order to achieve stability.
The document also includes one of the most important operations; the collection of firearms (RSF), which the Rapid Support Forces partake. The collection of firearms enhances the reputation of the state by preventing insurgents from carrying out their crimes and achieve security and stability in Sudan’s community.
The report provides the RSF developed strategy to combat drug traffickers, especially in rural areas from its social duty to protect the youth and Sudanese community from this harm.
Following the monitoring of the national committee of illegal migration and human trafficking curbing by the president of the republic, the Commander in Chief of the Sudanese Armed Forces, the RSF works to combat illegal migration through strict border monitoring. Following the signing of international agreements and national legislations, the RSF was tasked with reducing the illegal migration, during which dozens of human traffickers were taken into custody and hundreds of victims were discharged.

Intensive meetings in Agadir to prepare for African Lion 2022 maneuvers