Pegasus – Nasser Bourita: “Who has an interest in ostracizing Morocco? That’s the real question”

At a time when the Pegasus case continues to get a lot of attention, Foreign Minister Nasser Bourita has named Amnesty International, the “forbidden stories” consortium, as well as their supporters and supporters, the challenge of providing any tangible and material evidence in support of “their stories” on the Pegasus case, claiming that Morocco never acquired the software. 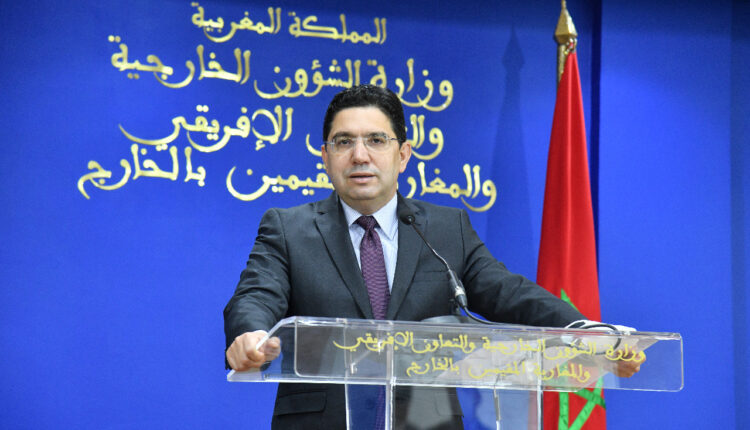 Following the government statement, the Minister of Foreign Affairs, Nasser Bourita, explained further, in an interview with “Jeune Afrique”, Morocco’s position on the Pegasus case. The Moroccan Head of Diplomacy immediately noted that the Kingdom has no computer software intended to infiltrate communication devices, challenging Amnesty International, the «forbidden stories» consortium, and their supporters to provide any tangible and material evidence to support their stories.

“This is simply a challenge to common sense,” he said, adding that “the fallacious assertions made by “Forbidden Stories” are based on speculation. Morocco challenges them to produce any evidence, as it did in June 2020 with Amnesty International, which had already made such accusations.” In this sense, the Minister recalled that Morocco has been waiting for more than a year for this NGO to finally produce material evidence and meet universally recognized scientific standards. “Instead, we are entitled to a pseudo methodology that does not convince anyone,” he stated.

Moreover, Bourita notes that beyond «this bluff», mounted from scratch «without any evidence, it is necessary to shed light on the facts, far from the polemic and the slander», highlighting that some titles (medias) unionized within the aforementioned consortium «serve as well-known agendas for their primary hostility towards Morocco and are outraged by its successes and that of the leadership of His Majesty King Mohammed VI». He thus denounced this hostility, which can no longer hide behind scholarly and policed gaits, affirming that it is not journalism. This is massive sabotage”.

A timing that appeals in several ways!

That said, the minister felt that the timing of this campaign is certainly not insignificant. This is a finding of fact», adding that in recent years, Morocco has observed peaks of media hostility in some countries, on the eve of the celebration of the Feast of the Throne. ‘This year again is no exception,’ he recalled, stressing that This timing, highly symbolic for Morocco and the Moroccans, has always been deliberately chosen by hostile circles, known to the Kingdom, who strive to flay the image of Morocco and its institutions, sometimes by publishing pamphlet books or articles and interviews, sometimes through the broadcast of pernicious reports”.

I do not want to dwell on conspiracy theories, but the Minister of Foreign Affairs made it clear that the Pegasus affair is a ‘fierce concentration on Morocco in particular; a considerable media strike force mobilized, including in the public service of a particular country; the seasonality of the campaign; the thinly veiled will to touch confidence in the Moroccan State, both internally and abroad”.

Stressing that Morocco is today a provider of peace and stability, giving the example of terrorist attacks foiled thanks to its contributions, particularly to the United States, in several countries of Europe, Asia and Africa, Bourita asked: Who has an interest in ostracizing Morocco? Who has an interest in preventing it from playing this constructive role internationally? For me, these are the real questions that need to be asked».

It’s not “the digital jungle”! Asked about the performance of the Moroccan security services, the Moroccan diplomat replied that “the recipe that makes the success of the Moroccan security services is eminently legalistic and it works… That’s all you need to know.” He also recalled that their professionalism and expertise are internationally recognized and highly praised. Indeed, they have allowed the abortion of many terrorist attacks and brought many terrorists and criminals to justice. ‘With the satisfaction of the task accomplished and the recognition of our friends and partners, we are therefore happy to dispense with the satisfaction of Amnesty International and Forbidden Stories,”he said.

However, the minister did not fail to point out that new technologies are an essential part of the work of the security services. But it is not a domain ruled by anarchy and arbitrariness, he argued, noting that it is not the ‘digital jungle. “Whether conventional or not, surveillance is always carried out within the framework of the law,” Bourita says.

It should be noted that Morocco decided, on Thursday, to take the matter to the French courts «because it wants all the light to be shed on the false allegations» of the two aforementioned organizations. The Kingdom and its ambassador in France, Chakib Benmoussa, have mandated Me Olivier Baratelli to issue, today, two direct quotes in defamation against the latter. The Attorney General of the King at the Court of Appeal of Rabat also gave instructions to the National Brigade of the Judicial Police to conduct a thorough investigation into the matter, in order to determine the circumstances and to elucidate the ins and outs surrounding the publication of these charges and allegations and to establish the responsibilities and legal consequences that flow from them in light of the results of the investigation.