For Washington, the Moroccan American partnership is rooted in common interest for peace, security and prosperity 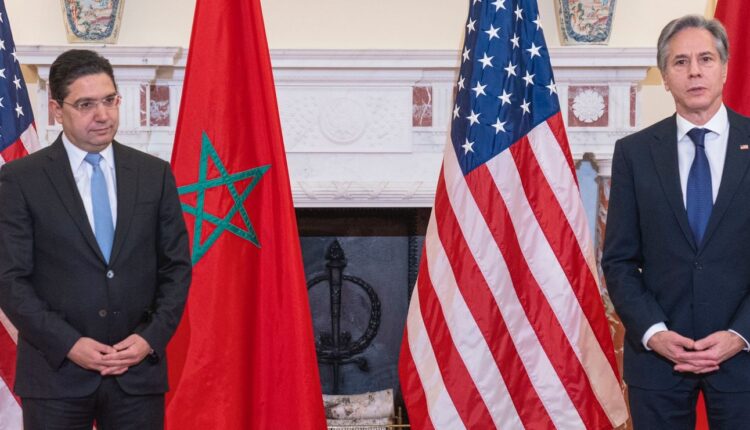 The partnership between the United States and Morocco is rooted in common interests for regional peace, security and prosperity, said the chief of the American diplomacy, Mr. Antony Blinken

“Secretary Blinken stressed that the long-standing bilateral partnership is rooted in shared interests in regional peace, security and prosperity,” the State Department spokesman noted, in a statement released to the outcome of talks held in Washington between Mr. Blinken and the Minister of Foreign Affairs, African Cooperation and Moroccans Residing Abroad, Mr. Nasser Bourita.

The meeting was an opportunity for both sides to review a series of regional issues, added the same source

In a brief speech prior to the beginning of this discussion, the head of American diplomacy praised the United States’ robust and long-standing alliance with Morocco, while reiterating his country’s willingness to strengthen it further.

“We have a long-standing partnership with Morocco, which we want to strengthen and deepen,” he said.

Mr. Bourita emphasized the secular and comprehensive links that unite the two countries, as well as the significance of cementing them further in the face of mutual challenges, in accordance with His Majesty King Mohammed VI’s Vision.

“We have a very long-standing partnership and it is time to enrich it further, to enrich our strategic dialogue, our military cooperation, and defend our interests and our values in the world,” he said. Mr. Bourita cited, on this occasion, a series of common challenges, including climate change, extremism, peace and security, all of which, he said, give more relevance to this relationship.”

Sahara: The United States reaffirms its support for the Moroccan autonomy initiative…

Sahara: The United States reaffirms its support for the Moroccan…

For Washington, the Moroccan American partnership is rooted in common…