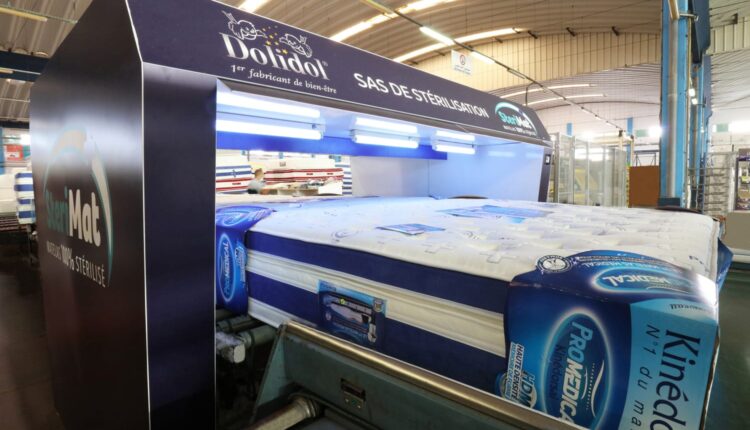 Dolidol, a Moroccan firm specializing in the production of mattresses and sponges, has bought the Nigerian company “Moka,” which operates in the same sector and is regarded as a leader in its field in Nigeria, in a $60 million agreement.

Palmeraie holdings Group, which owns Dolidol, announced the signing of an acquisition contract with Nigerian conglomerate MOKA via its Dolidol subsidiary, cementing the company’s position as an African leader in the polyurethane foam and mattress business.

According to a report received by SNRTnews with a copy of the holding, which is based in Casablanca, this process comes within the concept of advancing the “international countries” strategy for geographical diversification on the African continent.

Dolidol, which was created in 1972, now has 7 production units in 5 African nations, including Morocco and Côte d’Ivoire, as a result of this acquisition.

Since 2016, the company has been present in Côte d’Ivoire, using its Ivorian subsidiary as a platform for distribution and catering in surrounding West African markets such as Ghana, Burkina Faso, Mali, Guinea, and Liberia.

Dolidol’s acquisition of the Nigerian company Moka continues its expansion in West Africa, with a massive market presence of approximately 200 million Nigerians. Dolidol’s growth into East Africa continues with the acquisition of a controlling stake in an Ethiopian active capital, stating that Ethiopia is the second and most populated African market.

Dolidol is also looking to purchase another actor in Uganda, allowing it to distribute and sell in adjacent countries like Sudan, Somalia, Kenya, Rwanda, and Tanzania. “Today’s announcement represents an important stage in the life of our company, because it is the announcement of the birth of an undisputed African champion, with a strong presence in North, West, and East Africa, and a favorable strategic position to best serve the growing African market,” said  Berrada Sounni, President of Palmeraie Holding.