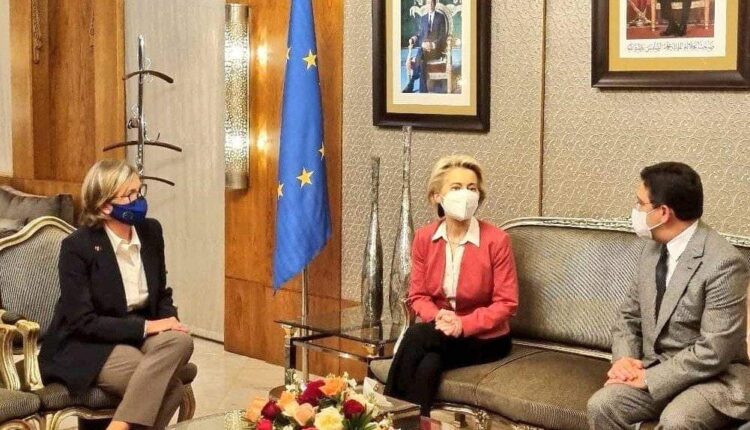 Von der Leyen is making her first trip to Morocco as President of the European Commission.
“This visit is part of the bilateral partnership between Morocco and the European Union, which the President, of course, wants to strengthen,” said Eric Mamer, a European executive spokesperson.
Morocco and the EU unveiled the EU-Morocco Partnership for Shared Prosperity on June 27, 2019 in Brussels, a new legal framework that controls their bilateral relations.
It is divided into four sections: a Convergence of Values Area, an Economic Convergence and Social Cohesion Area, a Shared Knowledge Area, and a Political Dialogue and Increased Security Cooperation Area.
This Framework is also built on two key horizontal axes that will be the focus of specific operational efforts, namely environmental cooperation and climate change mitigation and mobility and migration cooperation, both of which will be mutually reinforcing.