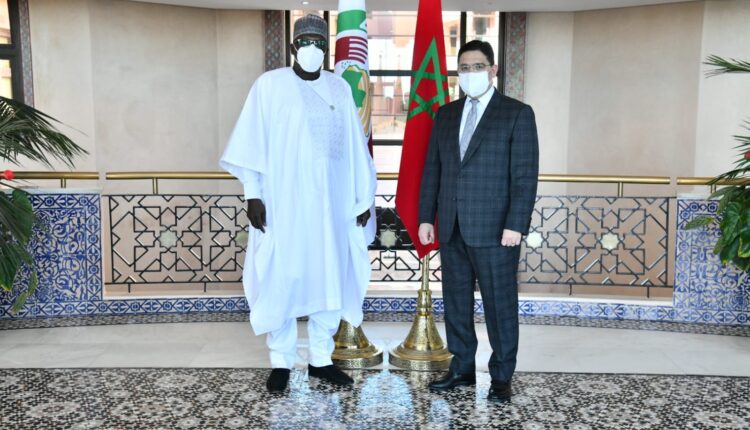 Mr. Tunis praised “His Majesty King Mohammed VI’s leadership at the level of the African continent, as well as the quality of the strong and multidimensional relations linking the Kingdom of Morocco and the various West African States” during his talks with Speaker of the House of Representatives (lower house), Rachid Talbi Alami, according to a statement from the lower house.

Mr. Tunis, who is leading a vital parliamentary delegation on a visit to the Kingdom, emphasized the ECOWAS Parliament’s intention to establish solid and privileged relations with the two houses of the Moroccan Parliament, indicating that “we have many points in common and parliamentary relations will contribute to greater rapprochement between the Kingdom of Morocco and this grouping,” according to the same source.

Mr. Talbi Alami, for his part, stated that Morocco and the ECOWAS countries have close relations and share common concerns such as security, stability, development, climate change, renewable energy, and the COVID-19 epidemic, all of which necessitate stronger cooperation, coordination, and joint action.

In this regard, the Speaker of the House of Representatives called for the strengthening of joint African parliamentary action in order to serve the interests of the continent’s peoples and the consolidation of democratic principles, emphasizing that “Africa is the continent of the future, and we must work together to ensure a better future.”

Both sides emphasized the importance of reinvigorating cooperation between the House of Representatives and the ECOWAS Parliament, as well as strengthening parliamentary discourse and communication and ensuring constant coordination and dialogue on all issues of common concern.