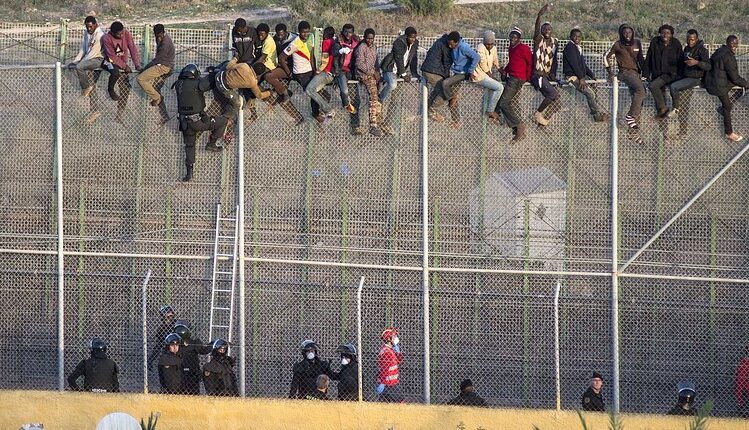 Around 6 am on Thursday, the Spanish Guardia Civil noticed several immigrants approaching the borders fence. According to the Government Delegation, about 1200 individuals originating from sub-Saharan Africa attempted to cross borders by jumping the high fence, some 350 managed to do so. The act took place between the border crossings of Barrio Chino and Beni-Enzar.

This is the second attempt to jump over the Melilla fence in two days. According to Efe, anti-riot means have been used by the Moroccan border guards to try to prevent the border crossing, yet the Spanish government delegation has indicated that the migrants “have displayed extreme violence, throwing stones, and using hooks and sticks against the security forces” which led to the injury of several immigrants and four civil guard agents.

The Spanish conservative nationalist political party VOX represented by its leader, Santiago Abascal, said that “at any time this represents a serious attack on Spanish sovereignty and borders, but now [with the Russian invasion of Ukraine] it takes on greater importance,” asking the government what measures they are willing to adopt in order to stop this act from happening again and if they consider this assault a threat to Spain’s National Security. Abascal continued “this inaction by the Government sends a tremendously wrong and dangerous message for the interests of Spain.”

Besides that, the far-right politician and candidate in the 2022 french presidential election Éric Zemmour commented on his Twitter account “At the gates of Europe, in Melilla on the African continent, thousands of migrants storm the Spanish border. We must support Spain to protect our nations.”

Brahim Saadoun Thanks the Royal Families of Morocco and Saudi Arabia

Hesham Selim, the most charismatic of Egyptian actors, has died

Brahim Saadoun’s father: I officially learned of his release, and he has just…

Hesham Selim, the most charismatic of Egyptian actors, has…

Brahim Saadoun’s father: I officially learned of his…