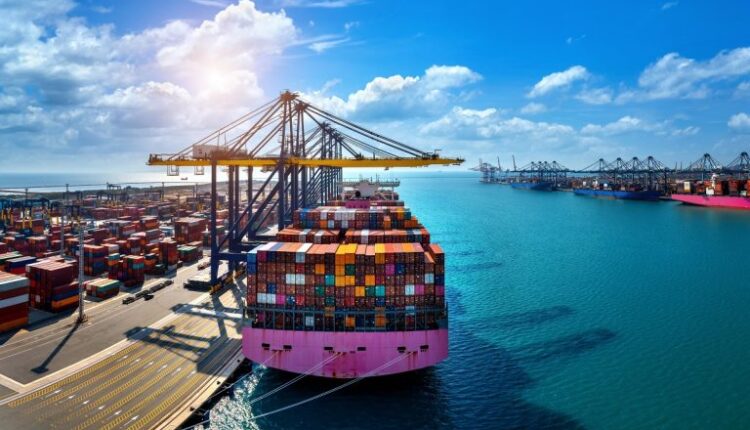 Morocco and Saudi Arabia will soon have a maritime connection that will boost trade between the two countries. What are the characteristics of these interactions, and how might bilateral economic cooperation be expanded? Khalid Benjelloun, President of the Moroccan-Saudi Business Council, provides an update.

According to Khalid Benjelloun, President of the Council Moroccan-Saudi Businessman, the Federation of Saudi Chambers recently struck an agreement with a shipping company to establish a direct line between Morocco and Saudi Arabia in the coming weeks.

When contacted by Morocco Telegraph, he explains that this new shipping line will play a critical role in the development of trade between the two countries, owing to the reduction in goods transport time, which should reduce from two months to 11 days without transhipment to the Tanger Med port, according to studies.

“The time it takes to go between Morocco and Saudi Arabia is excessive. Deliveries of goods sent in January this year took up to two and a half months. Because the majority of Moroccan exports are agricultural and thus perishable, this was a huge roadblock that should be removed quickly,” he says.

Morocco’s major trading partner in the Arab world is Saudi Arabia. According to the latest data from the Ministry of Industry and Commerce, the total amount of bilateral trade in 2021 was 17.2 billion dirhams.

“Petroleum and parachemical products such as polyethylene, polypropylene, and PET account for a substantial portion of Saudi exports to Morocco. Morocco, on the other hand, exports primarily agricultural and textile items to Saudi Arabia, according to Benjelloun.

But, beyond agriculture, new prospects are presenting themselves for Morocco to expand its added-value exports to the Saudi market.

“There are other sectors on which Morocco can capitalize, particularly the information technology, building and construction sectors, as well as the chemical sectors, in particular painting. The Saudi market is also on the lookout for textile products and handicrafts,” explains the president of the Moroccan-Saudi Business Council.

Other options for Moroccan actors are looming on the horizon as part of the “Vision 2030” initiative. As a reminder, the Saudi government implemented this growth plan in 2016 in order to diversify the country’s economy away from oil.

“There are huge opportunities for Moroccan companies to take part in various public works contracts in Saudi Arabia under its new development program. We managed to get the support of Saudi officials to prioritize all Moroccan products,” says Benjelloun.

Saudi Arabia’s list of goals for 2030 also includes food security. A benefit for Morocco, which might quadruple its agricultural exports as a result. “In Morocco, we have a lot of agricultural land. “We may form mixed partnerships to expand this industry and adapt it to the Saudi market’s needs,” he said.

Morocco will also be able to present itself as a preferred partner to ensure Saudi Arabia’s access to the African market, while simultaneously leveraging this relationship to expand into other Middle Eastern markets.

“Our Saudi friends know that Morocco has excellent relations with a large number of African countries. Today there is a desire to create joint ventures so that we can go to these markets together. This support will also allow us to access the various markets in the Middle East through the Saudi market,” insists Benjelloun.

To further improve economic relations between the two countries, the President of the Moroccan-Saudi Business Council insists on the need to relax administrative restrictions on exports and imports, as well as the creation of a Moroccan-Saudi investment fund to help small and medium-sized businesses access new markets on other continents.

“VSMEs account for 95 percent of Morocco’s economic fabric, and they require financial assistance to search, discover, and grow new markets. As a result, we must encourage and assist them as they expand their operations outside national borders,” Benjelloun says.