The Atlantic Port of Dakhla: A 1billion euro flagship project to be constructed by SGTM

In line with the High Guidelines of HM the King, the new Port of Dakhla is a flagship project of new development model for Southern Provinces 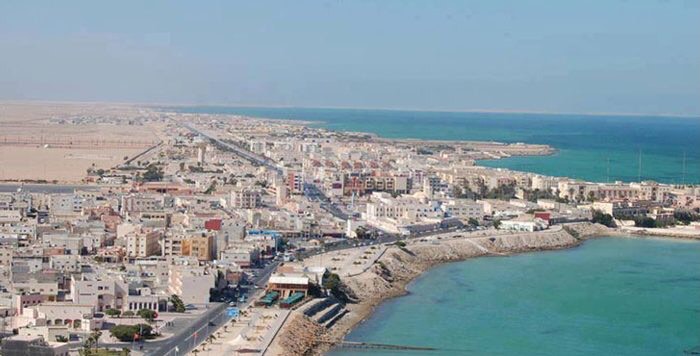 The largest global companies that want to benefit from Morocco’s plan to make the Sahara region an economic and commercial gateway to Africa and the Sahel – Saharan region have accelerated against the backdrop of revealing the cost of building and constructing the Atlantic Dakhla giant port in southern Morocco, which is close to 1€ billion euros.

This huge Moroccan workshop, conceived in 2016, will play an essential strategic role within the Kingdom’s African policy as well as its role in the economic, social and industrial development of the southern regions, and will serve as a gateway to investors wishing to boost trade with sub-Saharan Africa.

It is recorded that the port boat, located 40 kilometers from downtown Dakhla city on an area of 1600 hectares, is actually three poles: a commercial port specializing in trade with Africa and America, a huge fishing port, and workshops for boat and ship maintenance.

Commercial traffic for its first year was approximately 2.2 million tons for merchandise and more than 1 million tons for marine products, especially since the Dakhla-Oued Dahab region accounts for about 65 per cent of the national fish stocks exploited.

In the same vein, the Dakhla Atlantic giant port will be strengthened by an industrial logistics area, which will provide for a number of direct and indirect jobs, particularly in the agricultural industry and marine products sectors.

It is also pointed out that the port will adopt an internal approach so that it will be first taken into account in its construction on Moroccan hands. A Moroccan company, the SOMAGEC-SGTM Group, has been selected and the nominations of other foreign companies have been excluded, meaning that it will be this Moroccan 100 per cent team that will be charged with the completion of the Atlantic port of entry, following the examination of the technical offer. “It should be noted that the exact time frame for construction of the Atlantic Port of Dakhla is eight years.

Africa’s longest tunnel 2,179 meters, in the city of Casablanca