Chief of Separatist “Polisario”, Brahim Ghali, transferred to Hospital in a critical state. 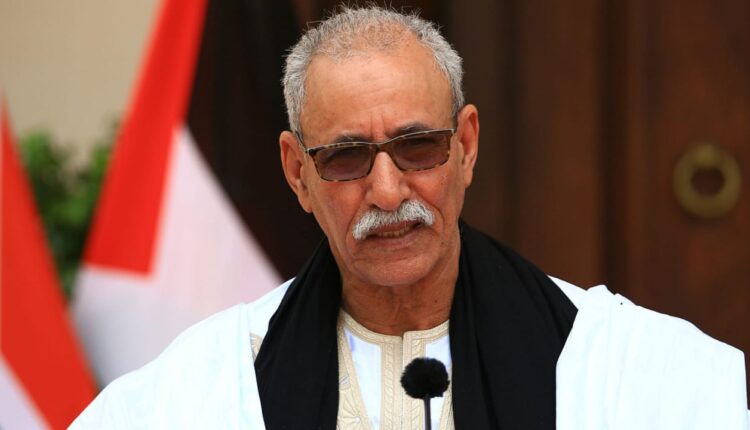 Amidst plummeting “Guerguerat” conflicts, the chief of separatist “Polisario” was taken to one of the hospitals in the Capital of Algeria.

Sources confirmed that the man suffers from internal bleeding. However, others assume that he was shot.

Separatist “Polisario” front witnesses huge rage during this period. This instability within the front is due to the unorganized management of the Guerguerat situation after their failure against Morocco Royal Armed Forces which succeeded in sweeping the area smoothly.

Brahim Ghali was transferred to hospital in Madrid, Spain back in 2017 where he underwent a critical operation of a cancerous tumor in the stomach.

Separatist “Polisario” members are outraged due to the growing number of fake news their leaders publish to comfort them.

Sources confirmed that “Polisario” held an army meeting where Ghali took full responsibility of the front’s failure in Guerguerat.

Separatist “Polisario” front have started witnessing the ramifications of their failed attempts in taking over the Guerguerat crossing.

Their unorganized and arbitrary mercenaries have led the front to be harshly questioned by its members.

Separatist “Polisario” started hitting around the bush not knowing what to do next. Sometimes they declare their cancelling of the ceasefire agreements. Others, they spread tons of fake news about taking down Moroccan auto-pilot Planes. In addition to their gang attack to the Moroccan consulate in Spain.

Numerous countries have shown their full support with the Moroccan case over the Moroccan Sahara during this period. Furthermore, others have opened their consulates in the southern regions of Morocco as a sign of support.

Mauritania which used to support separatist “Polisario” has now taken a neutral side which is an unprecedented step. However, Mauritanian activists have condemned “Polisario” acts in Guerguerat crossing. Especially after the economy of Mauritania was hugely impacted by the Guerguerat blockade.

Fathallah Sijlmassi, former Secretary-General of the Union for the Mediterranean

Morocco gives its consent to the Secretary-General of the…