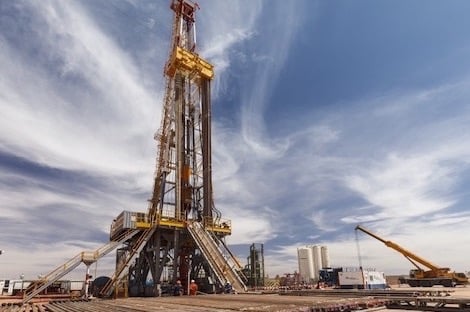 The British company, Predator Oil & Gas, specialized in oil and gas exploration, announced the start of drilling works in the gas field “MOU 1” in the Guercif area, in the middle of this month, as part of its efforts aimed at recovering from the repercussions of the coronavirus.

The drilling work in the gas field “MOU-1” included in the Guercif Petroleum Agreement includes the first, second, third and fourth permits, and it takes about twenty days, with the completion of the technical tests that follow the drilling works.

Paul Griffiths, CEO of Predator Oil & Gas, commented on this initial step, saying: “We are pleased to complete the completion of the drilling rig in the first memorandum of understanding smoothly as per the pre-scheduled schedule by the company.”

Griffiths added, in a press statement, that “this well represents the culmination of the efforts made over the past 18 months, during the outbreak of the new Corona virus in the world,” noting that “the results achieved are thanks to the executive team that watched the boldness of the drilling program.”

The initial gas exploration program in the Eastern Province, according to a press release issued by the British company specialized in oil and gas exploration, includes drilling one well up to 2,000 meters in depth for a period of up to thirty days, at a financial cost of one million US dollars.

“Time” Magazine: Marrakesh is among the 100 most beautiful places in the world for…

Al-Amrani: 345 Moroccan combatants accepted back, mostly from Tangier, Fez and…

“Time” Magazine: Marrakesh is among the 100 most beautiful…