Today, March 25th, the Central Bureau of Judicial Investigation (BCIJ) of the General Directorate for Territorial Surveillance (DST) managed to dismantle a terrorist cell consisting of four militants, aged between 24 and 28, operating in the city of Oujda and linked to the so-called "Islamic State" organization. 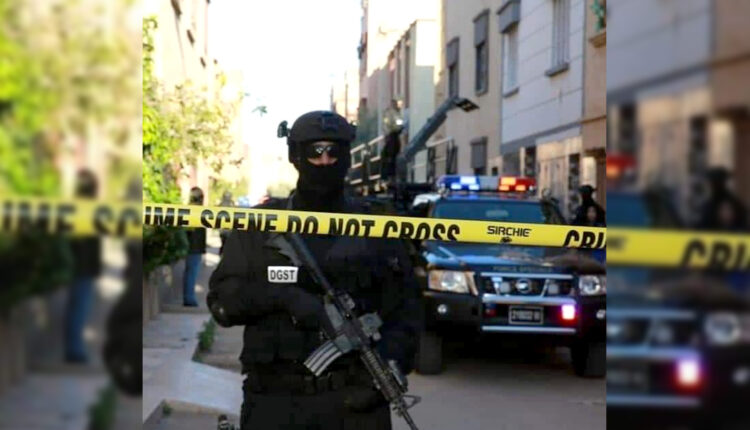 Today, March 25th, the Central Bureau of Judicial Investigation (BCIJ) of the General Directorate for Territorial Surveillance (DST) managed to dismantle a terrorist cell consisting of four militants, aged between 24 and 28, operating in the city of Oujda and linked to the so-called “Islamic State” organization.

The BCIJ stated, in a communiqué, that the operation comes within the framework of continuing efforts to neutralize the dangers of terrorist threats and dismantle extremist organizations that aim to disturb the public order and threaten the security and stability of the Kingdom.

The communiqué also highlighted that this terrorist cell has been dismantled and its imminent extremist plans aborted thanks to close coordination between members of the DST and the American intelligence services “which confirms once again the importance of international cooperation to combat terrorist threats, and demonstrates the efficacy of the distinguished partnerships that play a major role in ensuring the success of operations against terrorism and violent extremism”.

The BCIJ explained that the members of this terrorist cell were arrested in simultaneous security operations in four different residential neighborhoods in the city of Oujda, during which the members of the special forces affiliated with the DST had to fire sound bombs to neutralize the danger emanating from the main suspect. The second suspect was also arrested on the roofs of neighboring houses while trying to flee, in conditions that endanger him and others.

The searches carried out at the home of the main suspect enabled the special forces to seize an important sum of money in European currency, and four passports belonging to the members of the cell that the suspect was keeping in a safe place at home, as well as weapons, and other controlling information devices that will be subjected to professional inspection.

The same source added that the research and preliminary investigations carried out showed that the members of this terrorist cell declared their “loyalty” to the alleged emir of “ISIS”, and planned to join the camps of this terrorist organization in the Sahel region to carry out combat operations, before they were mobilized and assigned by one of the leaders of “ISIS” with the mission to implement terrorist plans inside the Kingdom, targeting vital national installations, security headquarters and military barracks.

The preliminary search procedures indicate that the arrested suspects carried out several reconnaissance operations to monitor and identify the sensitive targets and facilities to be targeted, as they were seeking to gain experience in the manufacture of explosives and improvised explosive devices, as well as their coordination with the aforementioned leader in ISIS to provide the necessary logistical resources and support to finance their sabotage projects.

The BCIJ stated that this new pre-emptive operation confirms the continued growth of terrorist threats that lie in wait for the security of the Kingdom and the safety of citizens, and the insistence of those who have been imbued with extremist ideology loyal to “ISIS” to implement terrorist projects aimed at disturbing public order.

On a final note, the communiqué indicated that the arrested persons were placed under pre-trial custody following the judicial research conducted by the BCIJ under the supervision of the Public Prosecution in charge of terrorism, in order to uncover all the contributors and participants involved in this terrorist cell, as well as monitoring its regional extensions and possible links to terrorist projects on the global level.

Royal Air Maroc: Tickets Sold Out For The Month Of July

Spanish Foreign Minister On Morocco – Spain Crisis: We Will Create A Space Of…

Moroccans Of The World Express Their Thanks To His Majesty…