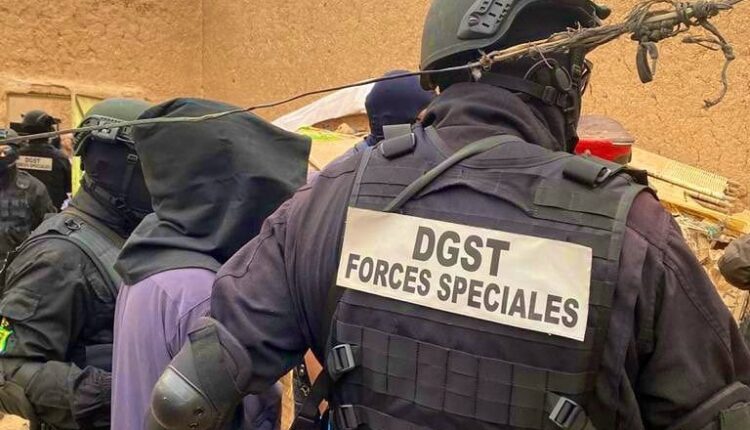 The members of the cell are aged between 22 and 28 and were plotting terror acts across Morocco, according to a statement from the BCIJ.

This operation falls within the framework of security operations aimed at combating the dangers of the terrorist threat and aborting subversive schemes , that threaten the security and stability of Morocco .

BCIJ  explained that according to the field research and technical tracking operations made it possible , to gather accurate data about the terrorist project of this cell.

The Central bureau of Judicial investigation highlighted that after completing the recruitment and polarization processes , and ending the total involvement of all elements of the cell in this terrorist project, they moved to material implementation of the sabotage schemes that were identified as immediate targets .

The research and investigation procedures also clarified, that the members of this terrorist cell bet on polarization and recruitment among young children, for the purpose of  spreading and popularizing extremist ideology according to a statement from the BCIJ.

The chemical substances discovered in suspects’ homes, enabled the seizure of white weapons of various sizes, information equipment, a welding machine, and chemicals suspected, which is fifty kilograms. of ammonium nitrate, three kilograms of “potash sulfate,” and three bags of 800 grams containing suspicious chemical powders, as well as electrical wires and a scale.

The source indicated that the arrested persons were kept under the measure of theoretical guard at the reference of the judicial research so as to reveal the regional and international links of the members of this terrorist cell, and to identify all the terrorist projects they planned.

This security operation, adds Central Bureau of Judicial Investigation (BCIJ)  confirms ‘the continued growth of terrorist threats that await the security of Morocco and the safety of citizens’.

Al-Amrani: 345 Moroccan combatants accepted back, mostly from Tangier, Fez and…

Morocco and Interpol Work Together to Arrest Allegedly Prolific Cybercriminals

Morocco and Interpol Work Together to Arrest Allegedly…