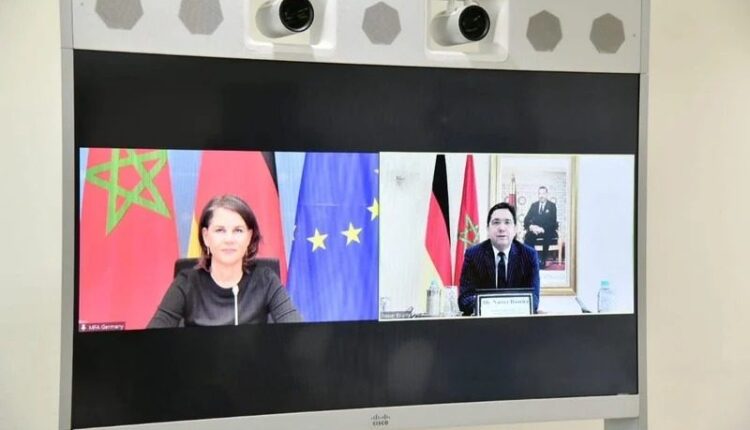 Nasser Bourita , Minister of Foreign Affairs, African Cooperation, and Africans Living Abroad, and Annalina Birbock, Minister of Foreign Affairs of the Federal Republic of Germany, met for the first time through visual communication technology on Wednesday, February 16, 2022, and agreed to breathe new life into bilateral relations of their own quality in all areas, in a spirit of coherence, mutual respect, and effective policies.

The Ministers praised the content of the letters sent between His Excellency President of the Federal Republic of Germany, Franke-Walter Steinmeier, and His Majesty King Mohammed VI, in which they emphasized the two nations’ mutual interest in forming a new alliance.

They also emphasized the importance of friendly and close relations between the two countries, agreeing to start a new discussion aimed at clearing up urgent misunderstandings and developing comprehensive bilateral ties.

The Ministers praised the two countries’ strong potential for cooperation, emphasizing their shared interest and advancing those ties, particularly in view of the challenges and necessities of the post-Corona recovery.

The Ministers agreed that cooperation should be resumed in all areas and with all actors involved.

In the following weeks, the outlines for future responses to regional and cross-cutting concerns will be established, with the goal of revitalizing and deepening conversation and cooperation.

In this context, the German Minister welcomed His Majesty’s Ambassador’s return to Berlin, emphasizing the imminent arrival of the Federal Republic of Germany’s new Ambassador in Morocco.