Bou Habib Partakes in Alliance of Civilizations Forum in Morocco 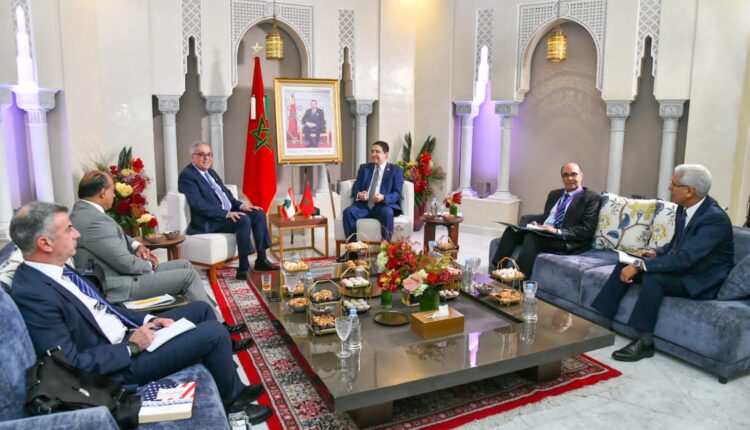 Mr. Nasser Bourita gave His Excellency Mr. Abdallah Bou habib his congratulations on the outcome of the most recent legislative elections in Lebanon. He highlighted the desire of the Kingdom of Morocco for a comprehensive Lebanese agreement.

The Minister expressed appreciation for the Lebanese government’s efforts to prevent political and military confrontations in the area and reaffirmed Morocco’s support for the stability and sovereignty of Lebanon.

In order to address the accelerating global change, he emphasized Morocco’s desire to reactivate bilateral ties, call the second meeting of the High Joint Committee as soon as possible, and modernize the legislative system.

The United States’ mediation and the United Nations’ sponsorship of the Agreement on the Delimitation of the Southern Maritime Boundary are welcomed by the Kingdom of Morocco, which also looks forward to the Agreement’s contribution to enabling Lebanon to use its resources to enhance its economy and achieve stability and prosperity.

The foreign minister of Lebanon praised Morocco’s assistance to Lebanon in its Alsace challenges as well as the two nations’ alphabetical relationships.

Lebanon has always had the backing of the Kingdom of Morocco, which is governed by His Majesty, for its right reasons. In this regard, he recalled the dignified solidarity actions His Majesty King Mohammed VI had commanded in the wake of the explosion that jolted Beirut’s port on August 4, 2020, in addition to the Royal Contribution to address the country’s economic problems and the COVID-19 pandemic’s effects.

Mr. Bou habib reiterated Lebanon’s support for Morocco’s sovereignty and territorial integrity and its rejection of any separatist organizations that pose a danger to state unity and integrity.

In the Syrian displacement file to Lebanon, Mr. Bou habib emphasized the necessity for the international community to create a road plan for the safe and respectful return of Syrian refugees to their homes. Charter on Migration, adopted in Marrakech in December in 2018 and based on the “concept of burden sharing,” reflects Lebanon’s incapacity to maintain its presence on its territory in light of the present economic, financial, and social crises.

The President of the Republic of Uganda receives Mehdi Bensaid, carrying a message…

The President of the Republic of Uganda receives Mehdi…