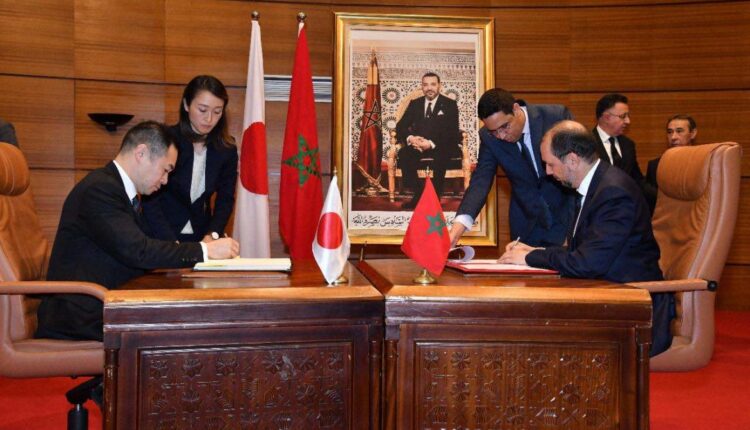 Morocco’s embassy in Tokyo, Japan, celebrated the official start of two trade agreements inked between Morocco and Japan in January 2020 on Friday.

According to a report from Morocco’s news agency, the accords focus on investor protection and the elimination of tariffs between the two countries (MAP).

Morocco’s ambassador to Japan, Rachad Bouhlal, stressed the importance of the two agreements in recruiting Japanese companies to Morocco during the ceremony.

The Moroccan official reflected on his country’s progress toward becoming an economic hub that attracts European and African companies.

Morocco’s “strategic geographical position, quality infrastructure, ideal investment climate, and the significant number of free trade agreements Morocco has, including with the European Union and the United States,” he explained, have all contributed to the country’s image as a go-to business destination.

Bouhlal added that the number of Japanese enterprises operating in Morocco has more than doubled in the last decade, demonstrating the depth of bilateral collaboration between the two nations. Morocco is the second most popular African business destination for Japanese companies, with 75.

Even throughout the COVID-19 outbreak, Japanese companies continued to rush to the North African country to expand their market presence, he said.

According to Bouhlal, Japan is Morocco’s first foreign employer, creating 50,000 jobs and contributing to the country’s socioeconomic progress.

Aside from the automotive and aerospace industries, Morocco’s top renewable energy sector, according to the diplomat, is ripe with potential for Japanese investment.

The Japanese President of the Chamber of Councilors, Akiko Santo, spoke at the ceremony, expressing her satisfaction at the two accords’ entry into force and her hope that they will signal the start of deeper bilateral cooperation between the two countries.

Honda Taro, the Japanese Parliament’s Vice-Minister of Foreign Affairs, praised them as well, saying he believes they will promote investment and trade partnership.

The Japanese official described Morocco as a Euro-African commercial hub and stated that his country will continue to support the expansion of its enterprises in Morocco and contribute to its development by boosting investment and bringing cutting-edge technology and know-how.

A vast list of high-profile Japanese officials attended the event, including the Chairman of the Japanese House of Representatives’ Foreign Affairs Committee.