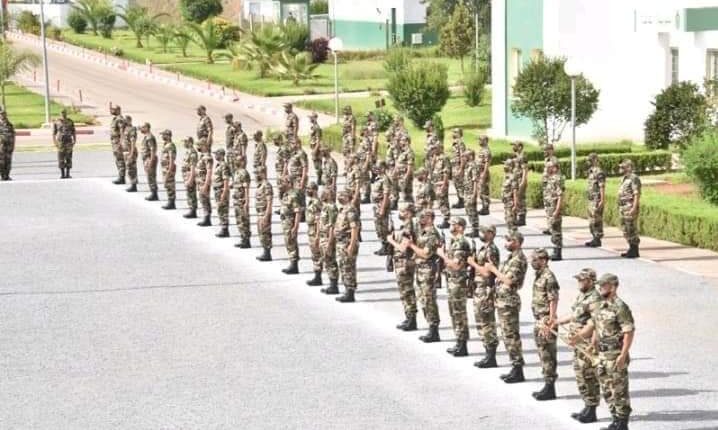 The Royal Armed Forces displayed a new uniform for Moroccan Army personnel today at the military base of Benguerir, following all-around uniform changes involving soldiers and military commands of various ranks.
The new uniform included significant changes in barracks uniforms and all other formal uniforms, as part of a comprehensive modernization of the military that includes large-scale rearmament operations that have been ongoing for years, as well as the scaling up of internal and external military maneuvers and trainings.
The most notable decision made by the Moroccan Army Command, according to information obtained by Morocco Telegraph, is the adoption of a different uniform between soldiers and commanders of the northern region based in the capital Rabat, which is responsible for monitoring the Kingdom’s northern borders, including those bordering the cities of Ceuta and Melilla, and their counterparts in the southern command based in Agadir, which is responsible, inter alia, for monitoring the borders of the desert territories.
By the same sources, the traditional barracks uniform has been abandoned and will be replaced by a new one, the combat mission uniform will be replaced by a more sophisticated one, the change will affect ground, navy, and air forces, and each army brigade will have a distinct uniform with special specifications.
For years, the Royal Armed Forces have seen significant changes and have made their mark through new types of teaching in military schools and the return of compulsory military service, as well as Moroccan forces’ participation in many major exercises and maneuvers, most recently “African Lion 21 exercise” the largest of its kind on the African continent, organized in partnership with the United States military and involving troops from the Alliance. From many countries in the world, NATO has a total of 7,500 troops.
Morocco also entered the chain of identification of its arsenal of weapons and military equipment, where the Air Force acquired a fleet of aircraft. “Apache Attack Helicopter” which only possessed by the Egyptian Army in Africa and neither the Spanish nor French Army acquire, along with 25 aircraft F16 is currently negotiating for type submarines French “Scorpion” and two Italian “FREMM” frigates for the navy, and at ground level Morocco ranks 10th worldwide in the number of combat tanks with a total of 3033 units.

Intensive meetings in Agadir to prepare for African Lion 2022 maneuvers